August 14, 2008
I generally try to blog on days I do not have dialysis (it's not a time thing, just a factor of energy and motivation), but my MacBook's internet connection keeps crapping out on me. I've briefly hijacked Ryan's desktop for a quick post. Sorry for the brevity. Hope everyone is having a good day.
2 comments
Read more 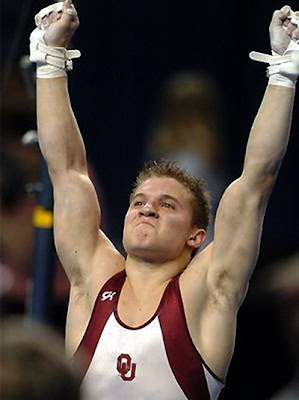 I'm probably doing overkill on the Olympics, but I've been pretty under the weather this week and watching a lot of games coverage. Did you hear about this ? Apparently during the opening ceremonies, China pulled a Singing in the Rain and had a little girl lip-synching over the singing of another little girl who was not deemed 'cute' enough for TV. Nice, China. They are seriously creeping me out, what with their militaristic opening ceremonies, child athlete factories, and 'women' gymnasts who now have passports that claim they are miraculously 2 years older than the last time their ages were posted. Nevertheless, China is doing tremendously well at these games and I was kicking myself for not recording the men's team gymnastics final last night before I went to bed. China took the gold, as expected, after performing a number of flawless routines. Team USA actually pulled off a bronze (yay!). I did see recaps online this morning, including team lead
12 comments
Read more
More posts