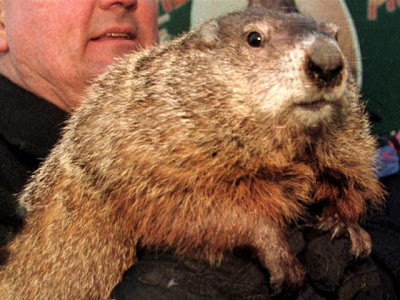 This guy says winter's not over. No s@*#. Has Punxsutawney Phil ever NOT seen his shadow? Wikipedia says he's only predicted an early spring 14 times in 113 years. I think it's a pretty safe assumption for 6 more weeks of winter the first week of February. Especially this year which has been so chilly. The bright side of February is that it brings the start of another, but sadly last, season of Lost. I know there are a lot of people watching that are itching to get answers in this final season, but I'm just enjoying the ride. There is no possible way after this much build up that Lost can end with a satisfying conclusion. I've accepted that. But that's also not why I watch the show. It brings on a regular weekly basis better writing, acting, music and cinematography than you see in most movies. I will be sad to see it wrap up this year, but I also applaud the creators and ABC for knowing when to say when and wrapping it up before it gets tiresome.
2 comments
Read more
More posts