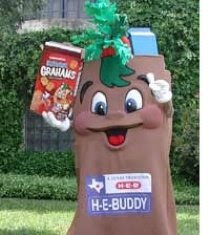 This morning I ventured over to the new ** Sunflower Farmer's Market that's just up the street from our house. We've been super excited since construction began, not just for the access to cheap fresh produce, but also because that empty building has been something of an eyesore since we moved back to town. Granted, I think they could have tried harder choosing an exterior paint color but what are you going to do. I waited until this morning as the opening week has seen cars in their parking lot spilling out onto Manchaca and pedestrians dangerously Froggering across the street in search of fresh produce. (Seriously, people? I commend your conservation efforts by walking, but I almost hit 2 people darting out from behind oncoming cars. The crosswalk is like, 50 feet away - use it.) I was shocked at how deserted the parking lot was today, though. Maybe it was because it was a rainy Tuesday morning, but there was NO one there. So, the store's pitch is "Se
3 comments
Read more
More posts