Showing posts from November 1, 2020
Show all 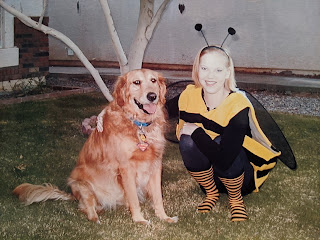 We lived in Phoenix for 4 years. After the dot-com collapse, I was having no luck looking for a job in Austin, and finally found one out of state working for Garmin . As you are probably aware, our stay in Phoenix was not a high point in our lives. There were many reasons for that, some of which were not Phoenix's fault. But today, as we are all stressed beyond reason, I'm not going to focus on the negative for fear of getting sucked into the swamp of sadness. Today I will regale you with a few things I enjoyed about living in the Valley of the Sun. 1. The 4th of July The greater Phoenix area encompasses a number of adjacent suburbs. Our house was on the southeastern edge in the city of Chandler. To the north of us, and the home of movie theaters and IHOPs, Gilbert. Ryan and I both worked in Tempe. My doctor's office was in Mesa. Basically there are a ton of sub-cities within Phoenix, and the city's footprint is massive. Also, despite the city being surrounded by dista
Post a Comment
Read more
More posts