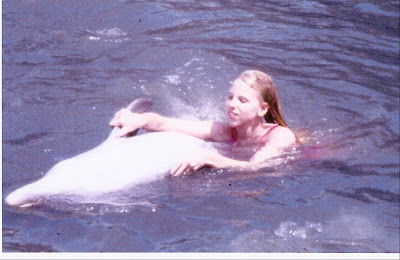 Confession time. This is a biggie, too, not "I secretly like bacon on toast with jelly". Which I do. Some of you know this already, but the summer after I graduated high school I had elective jaw surgery to correct a weak chin and gummy smile. Talk of doing this surgery began when I was around junior high age, but I hadn't honestly given it much thought back then for two reasons: A) I thought plastic surgery was for losers B) I was scared pantsless about having major surgery By the time my senior year rolled around and I'd had a supper crappy year healthwise, I was no longer scared at the thought of major surgery and said "Why the hell not?". Summer after graduation seemed the logical time to alter my features since I was moving to a college where I knew no one and could avoid awkward stares and questions. And so as of June 10, 1993, there became 2 Troubles: Old Troubles circa 1990. What is with the dolphin, you ask? That is an uninteresting tal
9 comments
Read more 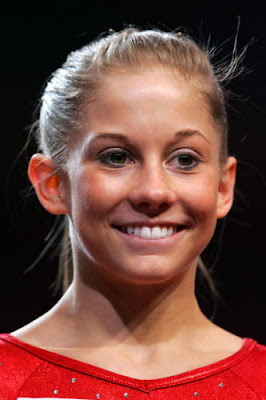 Well, this is more than a little late, so I hope I'm not beating a dead horse with more Olympics comments, but I wrote most of this yesterday morning at dialysis so bear with me. The Olympics are finally over and that makes me a little sad, but maybe now we can get to the Mad Men Season 1 DVDs from Netflix that have been sitting on the coffee table for 2 weeks. Olympics came at a good time for me as I've been laid a little low recently and haven't felt like doing more than flopping on the couch with the dogs and taking in hours of competition. I'm much better now, after my surgery on Friday, so I do have to say thanks to everyone for all the good wishes over the weekend! First some notes I took for a post that never was last week. Did anyone see Shawn Johnson win the balance beam gold? Yay for Shawn, but I was disturbed at how closely the camera framed her face from the time she won until the end of the medal ceremony. They barely showed the other two medalists
1 comment
Read more
More posts