July 13, 2008
My parents were always great about taking my brother Doug and me on trips when we were kids. Spring break we'd usually fly somewhere and since most times my birthday fell in that timeframe, I've had birthdays in Hawaii, Grand Cayman, Washington D.C., and turned 11 in Berlin. With more time at our disposal, summers were more about hopping in the white Dodge Caravan with the fake wood panelling to see the country. Most summers we'd make at least one trip to northern Minnesota where we spent a number of years alternately canoeing/camping and houseboating before my mom put her foot down and demanded the comfort and convenience of a cabin. I had to side with mom on that one -- marching up a dark path in the middle of the night to a concrete 'throne' when nature calls was a little TOO 'roughing it' for me.

Then there was the infamous 2 week road trip of 1984. Any longer than a week is just too much time for any family to spend in a car together. I know Ryan has a story of his own about the month the Steanses spent in their conversion van toodling around the country. Anyway, this particular trip took us up to Kansas City for a couple of days (my dad often had Orthodontic conferences there), then out west to drive around national parks like the Four Corners, Mesa Verde, Arches, and Monument Valley. 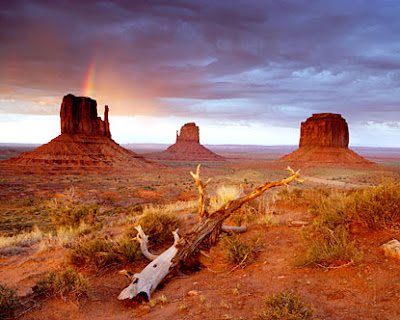 Somewhere along the way, we had picked up a harmless looking souvenir called a 'rose rock' which was basically a rock vaguely resembling a rose that they had sprayed with a bunch of perfume. The nauseating perfume soon filled our Caravan with its pungent odor, making us not feel well the rest of the trip. Why we never chucked the damn thing out the window I'll never know. Evil, thy name is rose rock

The grand finale of this trip was the Grand Canyon. Now, the Grand Canyon is of course beautiful and awe inspiring and what have you, but we unfortunately decided to enhance our Canyon experience with a helicopter ride. We hit the tour place immediately after dining at McDonald's where Doug and my Mom had selected the Filet O' Fish for their lunches. There was also a fierce wind starting to pick up and we were told we were lucky because this was the last flight out they were allowing today because of the weather. You can probably guess the flight didn't go so well. Doug said I turned a nice shade of green about 5 minutes into the ride. 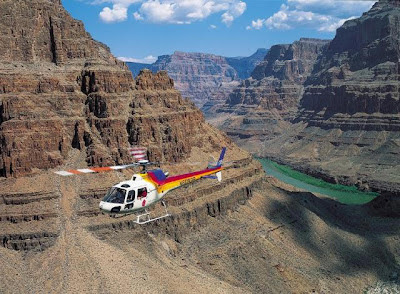 My parents continued their travels after we left home and have visited some extraordinary locations. They've been to the Amazon, Easter Island, Tonga, all over South America and Europe, Galapagos Islands (where I was lucky enough to be able to join them), even Tanzania and Antarctica. My dad makes some amazing videos out of the footage he collects, adding Indiana Jones style flight trackers, still photos, and music. They're really fun to watch.

Most recently they spent 10 days in Iceland and Greenland. I think they had a great time besides the weather being a little crummy. It's 24 hours of daylight there right now, but even then they said it was extremely cold. I was disappointed to hear they didn't see any elves or gnomes (apparently they are everywhere in Iceland), but they did get some great pictures. 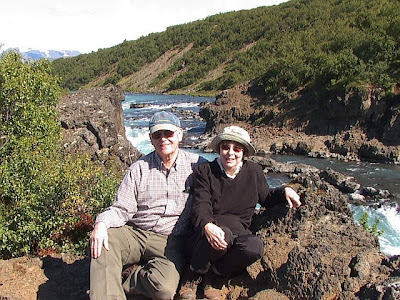 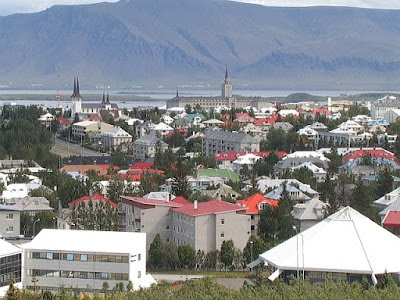 But I think this must be an elf village 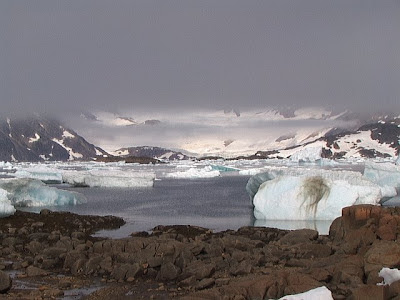 Greenland is not so green 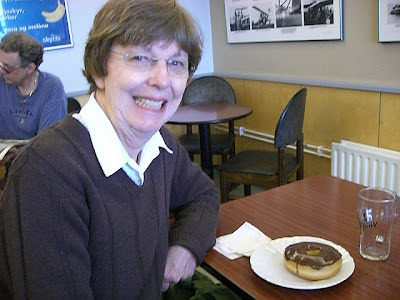 Dug said…
Oh yes, I remember well my first and last Filet O' Fish. Thankfully, I managed to make it into the helicopter tour building post-flight before the right-hand part of the equation.

And I still remember how that rose rock smelled. Ugh.

Jamie did leave out one detail, which is that we listened to the radio much of the trip, and that means we got to hear Cyndi Lauper's "Time After Time", well, time after time... after time after time. I'm going to go find whatever the opposite of that song is now and listen to it.

J.S. said…
I read somewhere once that the Vikings named Greenland and Iceland sort of backwards (with Greenland actually being much colder and icier than Iceland) in order to confuse potential travellers who might try to settle in Iceland and steal Viking land. I don't know if that little bit of trivia is actually true or not, but I read it somewhere...
July 14, 2008 at 10:29 AM

Anonymous said…
AV,無碼,a片免費看,自拍貼圖,伊莉,微風論壇,成人聊天室,成人電影,成人文學,成人貼圖區,成人網站,一葉情貼圖片區,色情漫畫,言情小說,情色論壇,臺灣情色網,色情影片,色情,成人影城,080視訊聊天室,a片,A漫,h漫,麗的色遊戲,同志色教館,AV女優,SEX,咆哮小老鼠,85cc免費影片,正妹牆,ut聊天室,豆豆聊天室,聊天室,情色小說,aio,成人,微風成人,做愛,成人貼圖,18成人,嘟嘟成人網,aio交友愛情館,情色文學,色情小說,色情網站,情色,A片下載,嘟嘟情人色網,成人影片,成人圖片,成人文章,成人小說,成人漫畫,視訊聊天室,a片,AV女優,聊天室,情色,性愛
February 7, 2010 at 5:27 AM