January 20, 2009
This is so exciting. I ran my errands early this morning so I could be home to watch the inauguration live. 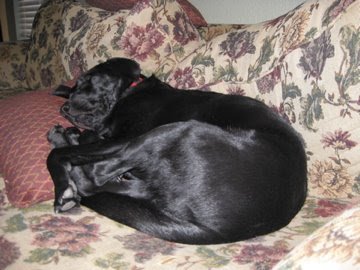 Lucy has lost consciousness due to her excitement 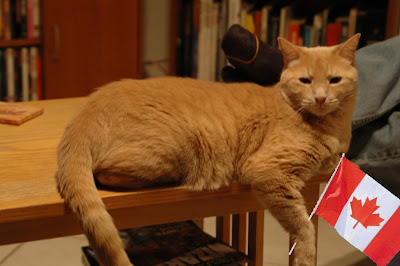 Jeff the Cat, a staunch John McCain supporter, is sulking upstairs and I suspect planning his escape to Canada

They keep showing shots of the crowd - 2 million they are estimating. It's mind boggling and I'm jealous of each and every one of them.

Wolf Blitzer just informed us that this will be the most watched worldwide television event ever. Wow.

Oh Dan Quayle. How I have completely forgotten about you.

OOOh, they're going to show a satellite image of the mall.**

OK, this is the second time in 30 minutes Soledad O'Brien has mentioned the fact that a black man's vote used to be 3/5 a normal vote. Horrible, yes, but we get it.

George H.W. is looking a little fragile. What's wrong, George? You were jumping out of airplanes 3 years ago.

I wonder if Hillary will be entering with Bill or with the Cabinet members?

Oh there she is - she's with Bill. WOW. Neither of them look very happy. Pretty coat, though, Hill.

Now they're showing all of the moving vans at the White House. AHAHAHAHA

Wow, the peeps are going nuts for the Clintons.

Good gravy the Obama kids are cute. And gramma! She's going to be living at the White House too. Maybe we'll get a GrannyCam come Christmas time.

OH MY WHAT IS THAT ON ARETHA FRANKLIN's HEAD??

Oh George. How I will not miss you. Wow, apparently immediately after the inauguration the Bushes are getting the hell out of Dodge. Is that normal? Does the ex-president usually flee Washington right afterwards? Eh, whatever. Sayonara, George.

Cheney apparently injured his back moving and is in a wheelchair. I'm sorry you hurt yourself, Dick, but I'll not cry for your departure, either.

Oh wow. A tepid response at best for the Bush administration.

Obama is going to use the Lincoln bible for the oath - apparently it hasn't been used since Lincoln's inauguration. Wonder how they got permission for that? "Yes we can?"

Nancy Pelosi. Did anyone see Nancy's YouTube video? Go check it out. Now.

Aretha and her hat are performing "My Country 'Tis of Thee". Sing it, Aretha.

CNN is telling us Obama is the 5th youngest person ever elected president. I wonder who the others were? Kennedy. Clinton?
To the Internets!

Yo-Yo Ma! Itzhak Perlman! Hahaha, it's a quartet of musicians, but the crowd went nuts only for Yo-Yo Ma. That is because he rules.

Weird - apparently Obama is already president even though he hasn't taken the oath because they are running late and it's past noon. So says the constitution. Wonder who dropped the ball on the schedule.

Some random guy enjoying the heck out of his pretzel.

Awwww...they got apple boxes for the kids.

Really, Chief Justice Roberts? You have one job here today. Now Obama is laughing at you and reciting the Oath correctly, probably from memory.

Hats are being launched in the audience.

"The world has changed and we must change with it" 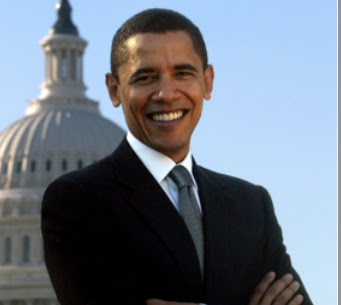 **Ok, where was this satellite image we were promised? Anderson Cooper you are a lying liar.

The League said…
I knew who the piano player, Perlman and Yo-Yo Ma were, but I missed who the other dude was, or what he was playing (some sort of oboe?).

At any rate, I suddenly became alarmed that if we were bombed, we'd lose not only our nations leadership, but Ms. Franklin AND these guys.

I dug Obama's speech. I don't know if it's one that will be remembered for the ages, but it gives me confidence that this will not be an administration that will continually try to spin reality, and made a call out to Americans and the world about what lies ahead.

I hope there's breakdancing at the Inaugural Ball. This is the first generation of presidennt young enough that he might know how to do "The Worm".
January 20, 2009 at 12:16 PM

"... help us work for that day when black will not be asked to give back, when brown can stick around, when yellow will be mellow, when the red man can get ahead, man, and when white will embrace what is right."
January 21, 2009 at 5:04 PM