April 23, 2009
The League has provided another batch of questions to his loyal followers and since I often have difficulty coming up with material (I'm sure you haven't noticed, ahem), I'm going to jump on that like it was a delicious piece of chocolate pie.

1) What was your first car? And do you miss it?
Aaaaahh the Sundance. I had a 2 door 1991 Plymouth Sundance that was blue green and had a silver stripe down the side that said....Sundance. My parents (bless them) bought it for me for my 16th birthday and I was so excited. There was a lot of jumping up and down as I recall as it was a complete surprise - not many of my friends had cars until we were seniors. That little car went through a lot: it had a tree fall on it in a storm, someone (who shall remain nameless but was NOT me) backed it into a telephone pole, the back window was broken so someone could get to my radio, and (I am not making this up) it had a pumpkin thrown through the sunroof from a 7th story balcony. My little car knew how to take a hit. Much like me. Did I love it then? Yes. Do I miss it now? Not a chance.

2) Are you going on vacation this summer, and where?
Please Santa, make it happen. We have tentative plans to visit the Dug and Kristen in Berkeley, which would be nice in July when it's unbearable in Austin and breezy 70s there.

3) Who is a dame (or dude) in the media that you once dug?
I realized not too long after my Dudes in the Media post that I had neglected to include my very first Dude in the media. A very popular choice I realize, but it's Harrison Ford with the one two punch of Han Solo and Indiana Jones. 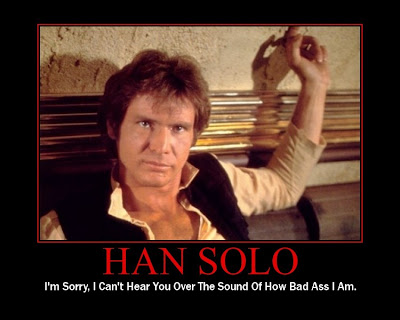 4) What was your favorite toy as a child, and do you know where it is now?
I think I would have to say our giant trashbag full of Legos that we'd pull down from the attic every so often. It kills me now that kids have all these prepackaged car and spaceship Legos to build that come with directions. How is that creative? I used to love designing my own little Lego houses, no matter how architecturally unstable or logistically impossible they were (so what if the garage is on the second floor?). And I loved how you'd have to barter for the precious commodity pieces like the clear single blocks.

**Let me just say before we enter this next segment that I'm going to interpret "the public" as "people I have met" and not "people on the Interwebs". I guarantee no matter how inane a book, movie, or tv show, you're going to find someone in cyberspace who will agree with you.

5) What movie do you believe is brilliant that you are aware is not well regarded by the public or critics? And do you publicly defend the movie or not? (I'm not referring so much to movies you find a guilty pleasure... more along the lines of "why doesn't everyone see the genius I see in this thing?)
A Life Less Ordinary. The only other person I've ever known that likes this movie is Ryan. It got slammed by critics (it has a 41 on Rotten Tomatoes, which is actually better than I expected) and given the finger by audiences, earning just over 4 million at the box office. I thought it was entertaining and original and enjoyed the heck out of it. 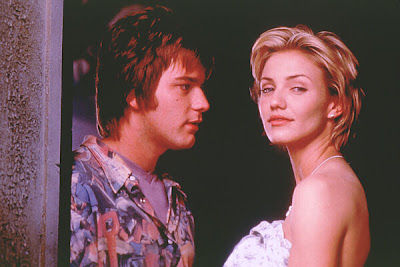 Ewan kind of has awful hair in this movie, but he's adorable so I'll let it pass

6) Album?
I'm going to say anything by XTC. Not so much because they are disliked by critics - their albums on the whole, Skylarking especially, have gotten very good reviews. I've just failed to find, outside of the Dug, anyone who really likes them. Ryan tolerates them to a point, but I've honestly given up and will just click to the next song should they come up in rotation on my iPod if he's around. 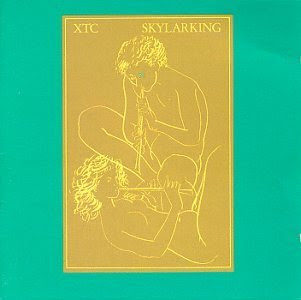 Please don't heed my shout, I'm relax in the undertow

7) Television show?
Wonderfalls got mixed reviews and was only allowed 4 episodes to grow an audience (thanks for your patience, Fox). I have since picked up the whole run on DVD and love it to pieces. Plus the theme song was done by Andy Partridge. Of XTC. 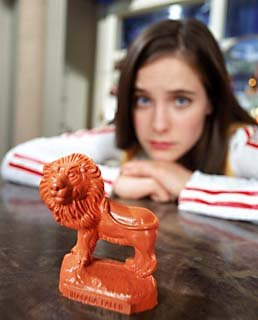 8) And if I must... book.
I'm going to have to take a pass on this one. It's certainly not a secret that I've read all the Twilight books, and while they are entertaining in a "I kind of can't believe I'm reading this" sort of way, are certainly not "genius". This one's hard because I ordinarily choose my books because they've gotten good reviews or because someone has said "you HAVE to read this". So...pass.
lists

The League said…
I can't help it. I tried to like XTC. I even bought "The Upsy-Daisy Assortment". It didn't take.

J.S. said…
You read more than most people I know, so I demand a favorite book. Or even a sort of favorite book. I liked Life Less Ordinary as Well. I'm not really a big Cameron Diaz fan, but I really loved her in that movie.
April 24, 2009 at 3:08 PM

mcsteans said…
I believe you are missing a crucial part of the question. Starting with movies, it was: "What movie do you believe is brilliant that you are aware is not well regarded by the public or critics? "

If you just want to know about books in general, some of the best I've read recently are the Time Traveler's Wife, What is the What, and Cloud Atlas.
April 24, 2009 at 3:58 PM