February 18, 2010
My mom took me shopping today for my birthday (early shopping - it's more than a month away). In retrospect I'm really glad we decided to go to Barton Springs mall instead of the Arbor because of the plane crash situation. We were mainly looking for jeans, because my daily uniform consists of jeans and t-shirts and I don't know if I currently own any denim that's younger than 5 years.

There's a reason I don't have any newish jeans: I hate shopping for them. Maybe it's because I'm rocketing towards middle age, but all the jeans now are totally ugly. They're either too faded or look like they've been mauled by tigers. So no jeans for me today, but I did find some other stuff. Thanks, mom!

One of the shirts I tried on made me laugh. It was this t-shirt with a giant picture of a dog head. The only problem was that it looked a lot better as a flat picture and, well, I am not a flat surface. 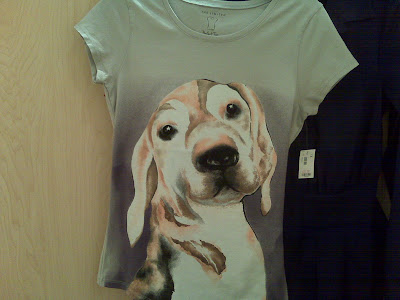 Let's just say the dog's face became a little, um, distorted....when I tried it on. Ahem. 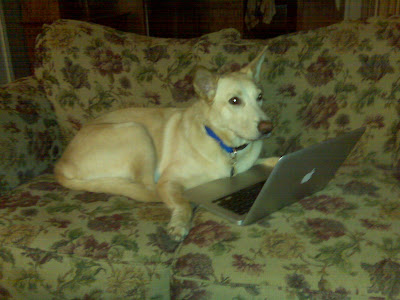 What Scout does when we're not looking... 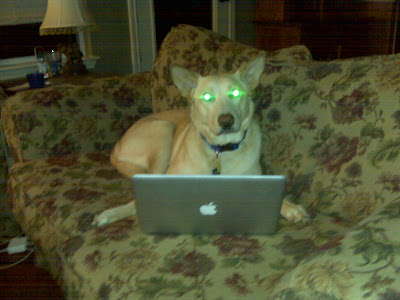 ...try to take over the world*

*This picture was NOT photoshopped
pets pictures

J.S. said…
I always knew that Scout had some sort of supernatural powers. The question is- where does she get them from?
February 19, 2010 at 11:39 AM