I am Ironman minus lasers.

Those of you who are not new might remember a few posts back in '08 (this one), '09 (here), and '10 (this guy) regarding my heart and my decision to not get a defibrillator placed. To save you time, the basics were that years of transplant medication and severe kidney disease had weakened my heart. I had testing done in '08 and '09 that indicated I was nearing the danger zone for a heart attack, which isn't nearly as cool as Kenny Loggins makes it sound. My ejection fraction, which is basically a measure of heart function, had been drifting around 30-35%. This is not as dire as it sounds - most healthy people have an EF of 50-75%, so we're not grading on a 100 scale here. Nevertheless, 30 is not great.

It's also not definitively alarming, just mildly alarming. My cardiologist put it in my hands to decide if I wanted to go ahead with the surgery. I had many concerns at this point:

What if it malfunctions and accidentally shocks me?

Can I ever use the microwave again?

Are airport security lines going to be a pain in the ass?

I'm pretty slender. Is it going to be lumpy? I'm not super vain, but everyone's a little vain.

It seemed like a pretty big commitment for a 35 year old, and since the doctors were on the fence I decided to risk it and punt. My doctor more or less shrugged when I told him this, so I put it on the backburner of the medical ailment thought catalog. My 2010 echocardiogram was actually pretty good, and subsequent tests over many years showed that I was pretty stable. It seemed that I had made a reasonable decision.

The echo in 2018 had me drifting back down at around 27%, so the cardiologist had me come in for a cardiac catheterization. He once again brought up the defibrillator. I think by this point he was honestly amazed I was doing so well after 10 years of this, but for some reason this time I let what he was saying really sink in. Basically, there's a very slim chance you will have a cardiac event. But IF you do, it will most likely kill you. The defib would be there to give me a jump start if that were to happen and hopefully save my life.

At this point I started thinking about Ryan. Putting myself in his shoes, I asked myself if he were to get this diagnosis, would I want him to proceed? Absolutely. I had been rolling the dice for too many years, and it was time to get serious, suck it up and just get the damn thing.

The next step was meeting with the surgeon, who was hilariously on brand for a surgeon in that "bedside manner" is a foreign term next to their blunt honesty. I have no problem with this, btw. Someone I'm going to see maybe twice doesn't need be Mr. Congeniality as long as they know what they're doing when they're reorganizing my veins. He suggested a newish type of device for me. The Subcutaneous ICD is placed under your left arm near the ribcage instead of in your upper chest. Because I am relatively young and this device has less chance of needing maintenance or getting an infection, this was his recommendation.

January 2019 I went in for the surgery. Look, I've had a lot of surgeries in my life. A LOT. This was by far the fastest experience I've ever had. They had said I would most likely be going home the same day, but I sincerely doubted this prediction. Hospitals are not known for their speed.

I arrived at the hospital at 5am, the surgery was at 7, and I was home by 11. With Starbucks. I felt bad that all of the parents showed up for moral support and then kind of had to wave at me and go home, but as hospital experiences go, that was pretty rad.

Recovery was less cool. The downside of going with the S-ICD instead of the standard ICD is that it's roughly the size of a hockey puck. On my small frame, there would be no hiding this thing. I'm on two different blood thinners, which I had stopped before surgery to limit swelling. It wasn't enough.

My left side was so swollen I was in constant pain for a week. Pain killers were used liberally, but you don't want to be on that stuff for too long. Basically I had to just stop the blood thinners completely for about a week and just wait it out. Eventually the swelling decreased and the pain became manageable with just Tylenol. After about a month I was pretty sure it was gone completely.

And there was a hockey puck-shaped lump sitting on my ribs.

I have eventually over the past year and a half gotten pretty used to my new friend. Let's revisit my initial concerns:

Eh. I don't think about it most of the time, and when I do I think "yeah, I can feel something there and it's kinda weird" but it's not painful. I can no longer sleep on my left side. Bras are a pain, but I'm home most of the time, so it's a wild bra-free zone here in the house.

What if it malfunctions and accidentally shocks me?

Can I ever use the microwave again?

Yes. Not a problem.

Are airport security lines going to be a pain in the ass?

Eh. Not too bad. I can't go through the old school security scanner, but the new one that x-rays you is somehow fine. Was given the full body pat down at a small airport last year that didn't have the new machines. But who knows when I'll be flying again?

I'm pretty slender. Is it going to be lumpy? I'm not super vain, but everyone's a little vain.

So. Am I glad I did it? Yes. The initial adjustment wasn't fun, but I'm glad I have the insurance policy. I know Ryan and other family members are also happy with this decision. I'm only sad that I didn't get any superpowers, but I don't think the insurance would have paid for that. 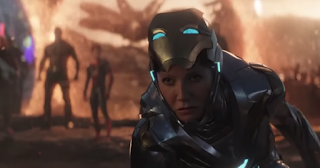 The League said…
She's underselling that the device talks to a wifi enabled receiver in our bedroom and sends data to her doctor. I mean, that's kinda cool.
October 8, 2020 at 6:03 PM

Jason said…
Personally I’m just happy you’re doing whatever you can to take care of yourself! Love you, Jamie!
October 8, 2020 at 9:10 PM

mcsteans said…
This is true. It sends secret messages to my doctor.

Karen Steans said…
Jamie, Rick and I are very thankful that you decided to go with it. You take good care of yourself and this was just one more item in that department. Love You Very Much!
October 9, 2020 at 9:53 PM