We went to Hawaii once

Being stuck at home has me reflecting upon trips we've taken in recent years. Travelling is not easy for me, as dialysis is a bit of a challenge. Not impossible, but extra planning is involved. Most clinics accept traveling patients, but you have to get it approved in advance, but not too far in advance. Typically I will give my own clinic a heads up as soon as I know I'm travelling, but they will not contact the other clinic until a month out. Records, labs, and a TB test have to be sent ahead of time to make sure you're not bringing the plague with you on vacation.* Because this process can be complicated, we haven't been outside of the US since my last transplant.

The good news is that I CAN travel (pre-covid) and in the past 8 or so years we've been trying to take one largish trip per year. It turns out, there are some great trips to be had in these United States. We've made treks to Washington DC, Seattle, Chicago, Disneyland, and Michigan. My favorite, however, was our trip to Maui.

2015 found Ryan and me celebrating our 40th birthdays and 15th wedding anniversary. What better time to go to Hawaii? I was lucky enough to be able to go with my parents in high school to Honolulu and the Big Island, but Ryan had never been. We chose Maui not only because it was uncharted territory for us, but it also had a dialysis clinic! Exactly one! Before purchasing tickets, I made sure that the lone clinic not only took travelers, but also would be open the days I needed treatment. This is important stuff when planning a week-long trip.

We flew to the island on a Saturday in May, making a stop at LAX. I'm not the biggest fan of the actual travel process, so breaking up the flight was ok by me. Still, that added a few extra hours to the overall travel time and when we landed in Kahului, it was still daylight when it should have been dark. We were a bit punchy and ready to head to the hotel and crash. Hawaii had other ideas.

This was our introduction to "Hawaii Time". No one is in a hurry, ever. This includes every staff member at the airport and each rental car employee. On top of this, all of the planes arrive at roughly the same time, so you have a massive amount of people jockeying to pick up cars. We waited in line for an hour in a packed tiny room to procure our Altima.

Once we actually got in the car and on the road I felt like our vacation had truly begun. Pulling out of the city and reaching the opposite coast felt like driving into a different world. It's hard to describe the vibe the islands give off, but I started to understand "Hawaii Time" almost immediately. I could feel myself decompress as I took in the crashing waves to our left and lush greenery to our right. 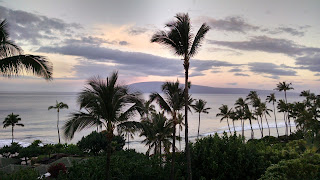 The Hyatt which would serve as our home away from home for the next week was a sight to behold. Open air lobby, with an atrium that opened to the sky, koi ponds, large parrots, and penguins. Yes, penguins. Look, I don't know. 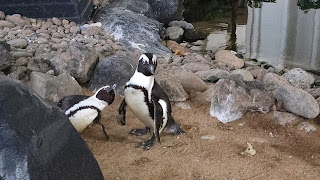 I am realizing we could be here all day if I don't speed things up, so I'll just recap a few of our adventures.

Fishes and Other Marine Life

The activity I was most looking forward to in Maui was snorkeling. I don't scuba dive because I'm afraid of deep water, but I love snorkeling. We spent a couple of mornings out in front of the hotel, and though there wasn't a huge variety of fish there due to the lack of coral, one day we were out early enough to be emerged in a large school of silver and yellow fishes. It was so incredibly peaceful I just floated and watched them for a full half hour. Another day we went north of our hotel to Black Rock. The sea life was more abundant there, so the snorkelling was great, but the waves were more aggressive. Ryan and I got taken out just walking through the surf by a wave taller than our heads. The sea was angry that day, my friends.

The most exciting location was on a beach on the southwest side of Maui. We had been swimming around for about an hour and surfaced to water that was around our knees to discuss our next plan of action. Deciding we were almost ready to depart for lunch, we turned around for one last swim. I submerged to head back out to sea. Suddenly, a medium-sized stingray swam directly underneath me as it sped into deeper water.

I popped up, declared, "I'm out!" and made my way back to the towels.

It was later as we were enjoying our lunch at a roadside cafe that Ryan informed me we had been swimming at the site of a shark attack the previous week.

The northern side of the island between our hotel and the airport is largely uninhabited. It's incredibly scenic, but with its violent waves and rocky terrain, there's no beach activity. I had mapped a couple of locations to sightsee, and since we were taking turns driving the rental car, we dubbed Wednesday "Jamie's Day of Adventure" as I took the wheel. After completing our first few stops, I got out the map to navigate us to our next destination, Ioa Valley. The GPS wanted us to go back the way we came, making an almost complete circle back around the western part of the island.

Well that seemed silly. We were almost there. If I continued the way I was going, wouldn't that be faster?

Faster? Maybe. Safer? Absolutely not. We soon found ourselves trapped on a one lane road. That's one lane for both directions. There would be no turning back. We were soon crawling around switchbacks that hugged cliffsides on a ONE LANE road. Luckily few were dumb enough to use this route, but occasionally we encountered an oncoming car or bus and there was some awkward backing up and negotiating space for passage. Ryan was white-knuckling the entire ride in the passenger seat, unable to control his own destiny.

Eventually, we made it to Ioa Valley, and I felt a sense of euphoria at having not killed us. And also at having arrived in Jurassic Park. Ryan composed a poem on the spot: "In the Majesty of the Iao Valley; I looked up at the green towers; Considered their ancient mystery; And ate a Fig Newton" 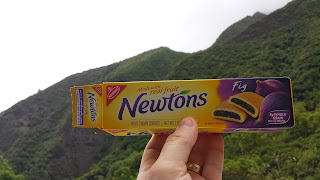 In an attempt to wrap this up, I'll just mention a few other activities in picture form. There was a submarine ride! 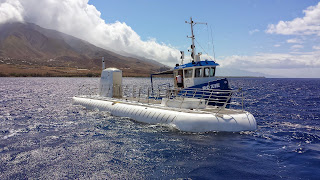 A drive on the Road to Hana, which after my former driving experience was a piece of cake. It had waterfalls! 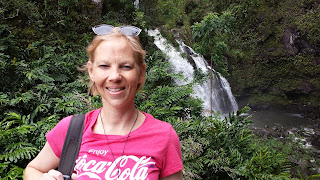 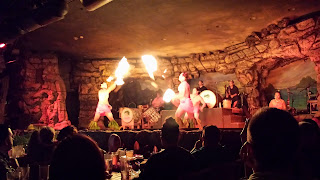 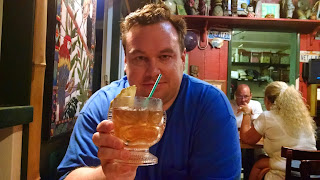 In summation, 5 stars, would recommend! I would love to go back at some point, but we have to make it out of the pandemic first, and also have some prior commitments. We were scheduled to go to Minnesota with my dad, Doug, and Kristen in July and that did not happen. Ryan and I are headed to an Airbnb out near Lago Vista this weekend with Scout for a couple days just to get out of the house.

This year has been terrible for everyone. Some most certainly more than others, and I am grateful that we have only been minimally inconvenienced. Whenever the cabin fever or uncertainty gets me down, I try to remember the opportunities I have had. Like the chance to go to Hawaii with my best friend. I wouldn't trade these memories for anything.

*It probably goes without saying that NO dialysis clinics are accepting travelling patients right now, nor should they be.