January 11, 2009
I used to love watching the Oscars, Golden Globes, what have you. It was exciting to me to see what movies and performances I had loved over the past year get recognized. When we lived in an apartment and then a very small house, poor Ryan would have to suffer through (albeit rarely silently) as I would insist on staying up until the bitter end of the show, just to find out what won best picture - a piece of trivia I would be sure to forget within six months.

There were always a few movies to pop up in November or December that could be labeled 'awards bait'. Miramax may have been the first to embrace this tactic, and it has become increasingly popular among movie studios. You release your movie at the end of the year, at times on December 31 in one or two theaters in Los Angeles, meeting the bare minimum requirement for eligibility. This way it won't have been out long enough to merit backlash and will be fresh on voters' minds. I understand this strategy - bravo, movie studios, you're very smart.

But now they've taken the fun out of the Oscars.

I'm not saying that the films getting nominations aren't good movies. What I am saying is that I miss seeing movies I myself have discovered throughout the year getting recognized. Instead, we roll into December and critics suddenly announce: "These are the movies you're going to LOVE this year because they are Academy worthy!"

Perhaps an example will help. These were the nominees for best picture from 1995:

Every one of these movies was released prior to September, save Sense and Sensibility. I remember my glee upon finding out that Babe, which is one of my all time favorites, had garnered recognition.

This year, while Oscar nominees have yet to be announced, these are the Golden Globe nominees for Best Drama:

Aside from Slumdog Millionaire, which I think went to wide release early December, the earliest release for the rest of these was December 25. How can I get behind movies I've not yet seen?

It's like not having seen a single NFL game all year and then giving a damn about the outcome of the Super Bowl. You can still throw your party, eat your pigs in a blanket, and criticize the increasingly stupid million dollar commercials, but do you really care who wins?

What is the solution? To start with, Academy voters, don't cave to the pandering. I would love to see The Dark Knight or WALL-E get a best picture nomination because they were genuinely great movies and my two favorites of the year. I would like to see movies like Milk and Slumdog Millionaire (the only two movies I have managed to see in the past month) moved to earlier in the year so that when they are nominated for awards I can say "Yes! Yes, those were good movies!". 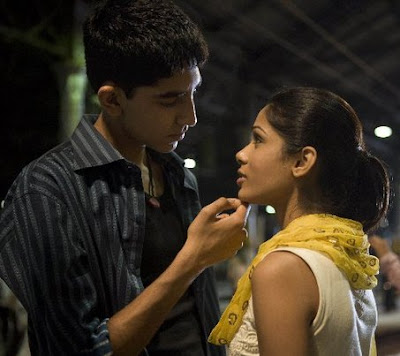 And in case anyone is listening, I would also like a category for best credits sequence
movies

Unknown said…
I saw Slumdog Millionaire last night. I really liked it. But then again, in my book, there is absolutely nothing more pulse inspiring than a soundtrack which combines Hip-Hop & Bollywood. Loved the loose idea of experience = intelligence as well.
January 11, 2009 at 1:39 PM

mcsteans said…
Yeah, the soundtrack for Slumdog was rad. I can't tell you how much the music in a movie sways my overall opinion.
January 11, 2009 at 3:26 PM

The League said…
I think there's a fundamental business problem with the way they dump all of these movies aimed at essentially the same audience into one month. A month when, honestly, a lot of people are pretty busy and/ or need to make some compromises on what movie they're going to see with family, etc...

I don't know. I guess I'm saying I agree with you, and it's hard to take the awards seriously if it's all a game that has nothing to do with audiences and believing anyone is actually discovering these movies.
January 11, 2009 at 11:33 PM

Anonymous said…
Keep in mind that the voting members of the Academy, as well as critics, are in the biz, and movies are their life.

Oh, and studio politics have ALWAYS been a part of the Academy Awards. Way back in 1927, at the first Oscars, Louis B. Mayer, head of the Academy, pushed for F.W. Murnau's SUNRISE to win Best Artistic Production rather than King Vidor's THE CROWD, even though the members wanted THE CROWD to win.

They're both equally good films, if you ever get a chance to see them. But Mayer felt Murnau's prestige would lend a little street cred to the fledgling Academy of Motion Picture Arts & Sciences.

J.S. said…
I think Jamie's points are well made. If they want the cutoff date to actually be the end of the year in order to slip movies into consideration for a calendar year, then maybe they shouldn't hold the Oscars until March or April so that the public has a chance to see the nominated films before Oscar time.
January 12, 2009 at 3:15 PM

The League said…
Unfortunately, Nathan, the fact that movies ARE the life of the members is part of the problem. I would argue that the system is now so gamed that the public, or any real opportunity of seeing the movies, is considered redundant to the process. And that's okay, but then let's be honest about what we're putting on a pedestal.

It boils down to a fairly small community handing out awards to itself, and figuring out how to rig the big awards so that it helps shore up the prestige of actors, directors and studios within the studio system for future pay-days, favors, what-not. And that's fine.

From a business perspective, I think the current trend of dumping these movies into a clump in theaters during a time of year when people don't have time to see them is kind of ridiculous. There's a gamble being taken that the movies will get an uptic in tickets sold as nominees, but who remembers who even won these awards two months after they happen?

Probably none of this would bother me if there were much to see between July and Thanksgiving every year. And I wonder how alone I am in my irritation that the memory of the voters is so short that they can't remember enjoying a movie unless they saw it the previous day (which, honestly, says absolutely nothing good about the enduring quality of the nominated movies anyway), and how that effects the entire rest of the movie going nation who don't want their only options to be Saw V and 4 Christmases for three or four months of the year.
January 12, 2009 at 3:48 PM

Anonymous said…
Problem with holding the Oscars in late March or April is that you start to forget those movies are meant to represent the previous year (which is already a problem, I know!).

All of Jamie's points are valid for us moviegoers. I just wanted to offer an amusing historical anecdote. :)
January 12, 2009 at 4:08 PM